Something Happened in Our Town by Marianne Celano, Marietta Collins, and Ann Hazzard, illustrated by Jennifer Zivoin
Follow two families — one white, one Black — as they discuss a police shooting of a Black man in their community. The story aims to answer children’s questions about such traumatic events, and to help children identify and counter racial injustice in their own lives. Includes an extensive Note to Parents and Caregivers with guidelines for discussing race and racism with children, child-friendly definitions, and sample dialogues. Ages 4–8.

Let’s Talk about Race by Julius Lester, illustrated byKaren Barbour
In this acclaimed book, the author of the Newbery Honor Book To Be a Slave shares his own story as he explores what makes each of us special. A strong choice for sharing at home or in the classroom. “This stunning picture book introduces race as just one of many chapters in a person’s story” (School Library Journal). “Lester’s poignant picture book helps children learn, grow, discuss, and begin to create a future that resolves differences” (Children’s Literature).

The Other Side by Jacqueline Woodson, illustrated by E. B. Lewis
Clover’s mom says it isn’t safe to cross the fence that segregates their African-American side of town from the white side where Anna lives. But the two girls strike up a friendship, and get around the grown-ups’ rules by sitting on top of the fence together.

Freedom on the Menu: The Greensboro Sit-Ins by Carole Boston Weatherford, illustrated by Jerome Lagarrigue Lagarrigue
There were signs all throughout town telling eight-year-old Connie where she could and could not go. But when Connie sees four young men take a stand for equal rights at a Woolworthas lunch counter in Greensboro, North Carolina, she realizes that things may soon change. This event sparks a movement throughout her town and region. And while Connie is too young to march or give a speech, she helps her brother and sister make signs for the cause. Changes are coming to Connieas town, but Connie just wants to sit at the lunch counter and eat a banana split like everyone else.

These Hands by Margaret H Mason, illustrated by Floyd Cooper
Joseph’s grandpa could do almost anything with his hands. He could play the piano, throw a curveball, and tie a triple bowline knot in three seconds flat. But in the 1950s and 60s, he could not bake bread at the Wonder Bread factory. Factory bosses said white people would not want to eat bread touched by the hands of the African Americans who worked there.In this powerful intergenerational story, Joseph learns that people joined their hands together to fight discrimination so that one day, their hands–Joseph’s hands–could do anything at all in this whole wide world.

Say Something by Peggy Moss, illustrated by Lea Lyon
The girl in this story sees it happening, but she would never do these mean things herself. Then one day something happens that shows her that being a silent bystander isn’t enough. Will she take some steps on her own to help another kid? Could it be as simple as sitting on the bus with the girl no one has befriended (and discovering that she has a great sense of humor)? Resources at the end of the book will help parents and children talk about teasing and bullying and find ways to stop it at school. One child at a time can help change a school.

Say Something! by Peter H. Reynolds
In this empowering new picture book, beloved author Peter H. Reynolds explores the many ways that a single voice can make a difference. Each of us, each and every day, have the chance to say something: with our actions, our words, and our voices. Perfect for kid activists everywhere, this timely story reminds readers of the undeniable importance and power of their voice. There are so many ways to tell the world who you are… what you are thinking… and what you believe. And how you’ll make it better. The time is now: SAY SOMETHING!

Watch the Invest in Hillcrest Video 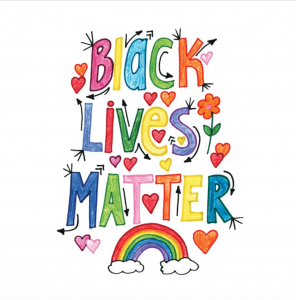